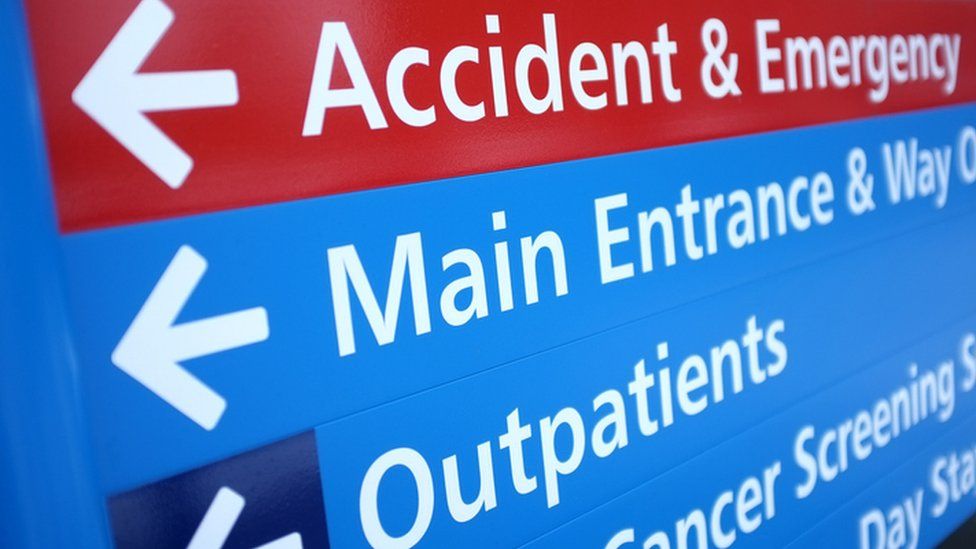 Despite what I do for a living, I have the greatest respect for the NHS and its staff. They mostly do an exceptional job. Indeed, a number of my own family are clinical staff within the NHS. They accept that when the NHS makes mistakes then it is only proper that victims are compensated.  A bit like the Medical Experts who we use in cases. They are not pro-Claimant, they just recognise that the only real way to drive up standards in the NHS is to recognise mistakes.

Anyway, the other morning, I woke up with the most tremendous headache that I had ever had. It was like being hit over the head with a hammer. At first, I was very worried, and recognised the signs that this could be a brain haemorrhage.  However, after 3 or 4 minutes, the pain relented and being 3 in the morning I decided that the best course of action was to go back to bed.

The following morning, I woke up with a bloodshot left eye, very strange I thought, but to be honest, never really put two and two together at that time. I still had an underlying headache, but it was mild.

It was only when speaking to colleagues later in the day that I began to put together that may be the headache and eye were related.  Nevertheless, I was still not overly worried but thought that I ought to get it checked out. I am not one who wishes to over burden A&E unnecessarily.

First point of contact, my GP. The phone rang a couple of times, followed by a voicemail telling me that my GP Practice does not open on a Thursday (or Saturday or Sunday) and to phone the Out of Hours Doctor. Trying to be clever, I thought I know I will make an appointment with my Optician. It is an eye injury after all.

As soon as I spoke to the Optician, I was advised that because of the headache, I should go to A&E. So back to the Out of Hours Doctor. I rang 111 and went through their Checklist, with my symptoms. The advice was that I should dial 999 and ring for an ambulance immediately!  I decided to see out most of the rest of the day at work, as I am very busy representing those negligently injured by the medical profession. I also live about 10 minutes walk from the hospital, and it was easier to park my car at home and walk round, avoiding those extortionate car parking costs. My first mistake was that I didn’t eat before I left.

On getting to A&E I was encouraged.  No ambulances queuing up outside or many people hanging around waiting to be seen. I was met at the door by a Nurse who asked my symptoms. She told me that I should go to the Medical Decisions Unit (MDU) as I would be seen much quicker there and they have doctors. I was still optimistic a shorter waiting time, and I could see a doctor in hospital.

I walked in to the MDU Reception/Waiting room to be faced by about 40 people sitting in the room waiting to be seen. Still, I was encouraged by the board that said triage within 15 minutes, to see a Clinician, 3 hours and a Senior Clinician 5 hours. It was about 5.30 p.m. now so I should be home for the 10 o’clock news and something to eat.

Brilliant, I was triaged and bloods taken within 30 minutes. This was looking optimistic. The Nurse told me that they would be concerned for a possible bleed on the brain, and that I would most probably need a scan and under no circumstances, should I leave the hospital until treated. Good and proper advice I thought.

I returned to the waiting room to await my turn to see a doctor/have a scan. I began speaking to the gentleman next to me, who was probably in his late 40s and was in for a suspected heart attack. He said that he was awaiting his blood results to know whether he could go home, or needed to be treated. I asked him what time he arrived, 10am  Now I started to worry a little. It got to 8pm and the gentleman next to me, told me his name and said that when they call his name out for me to tell them he had gone home and to send his blood results to his GP as he could not wait any longer. As it turned out his name was not called out for another hour and a half. I do not know whether his bloods were good or bad or whether he will actually be followed up.

The problem with MDU is that you have no direct access or even sight of medical staff. It is simply a waiting room, and the only time that you see medical staff is when they enter the room to call your name out. I think it is this lack of at least perceived direct contact with the medical staff which frustrates people.

To be fair, nobody really “kicked off” and maybe it is a very British way of dealing with these things, but all you overhear is the black humour of people talking about the waiting times.

9pm came and I believed that it was my time.  Instead, a Nurse changed the times on the waiting board to 1 hour 30 minutes for triage, 5 hours for a Clinician and 7 hours for a Senior Clinician. Still the numbers seemed to be dropping although those that seemed to have been there the longest, seemed to be the last to be seen. There was one young man who had been there since 2pm.  He clearly had infected ulcerated legs, and walked with difficulty, slowly and with a crutch.   The whole waiting room quickly learnt that he was waiting for his blood results to identify the infection and to be given some appropriate antibiotics. He was finally seen at 12.30am and told that he would have to get the antibiotics from the Pharmacy but unfortunately, they were shut for the night so he would have to come back in the morning. As it turned out he only had a bus pass and no money for a taxi home. He was offered assistance by another patient but declined and slept on the hard chair all evening.

The numbers were going down. There were now only 9 patients in the waiting room. However, it was 12.30am and I had still not been seen by a doctor but thought I must be getting a Senior Clinician given the wait. However, I still had a slight concern that if there was something seriously wrong with me, if my head was about to explode, I had now sat in the hospital for 7 hours and not seen a doctor.  I made a polite enquiry with the Receptionist.  I was next in the queue.  The other patients were excited for me. It had almost become like winning the lottery, just seeing a doctor. A doctor appeared and called a lady’s name. Minutes later, another doctor appeared and again another patient was called. What was going on?  I am sure they hadn’t forgotten about me, as my name was on the computer. I would sit and wait my turn.

Finally, at 2.30am I was called through to see the doctor. It was quite a walk through a number of bedded bays. It seemed to me that although I was sent direct to MDU, they were clearly taking the patients from A&E that they needed to and that perhaps may be directing me straight to MDU avoided the A&E 4 hour protocol to see a doctor?

I gave my history to the doctor and he carried out what I would consider (with my lawyer’s hat on) an incomplete neurological examination. As it was, I knew that  I did not have any neurological deficit but that is for the doctor to diagnose not the patient. He then told me that I needed a CT Scan to rule out a bleed on the brain. Surprise surprise. To be fair, the CT Scan was carried out within the half hour, and I returned to the waiting room for the results. Down to only 4 patients by then, and the young man in the corner snoring.

4.30am and the CT scan results have arrived. By this time, I am seeing a more junior doctor and therefore I am confident that there is nothing to worry about. Finally, home at 5am

While I accept that it was not exactly 24 hours in A&E it was a long time, and it is easy to see why mistakes can happen when people are not seen as quickly as they really should be and why people get frustrated having to wait for results or to see a doctor when they are not really informed about what is going on. It is the reason people leave hospital.

In my job, I often see cases where clients say that they attended hospital, but the hospital didn’t do anything. That is probably not true, but it is easy to see why people have that perception and although things turned out fine for me, I am afraid that I have cases where such delays have caused catastrophic injury.

For advice if you think you have been involved in a medical delay resulting in catastrophic injury, contact us to see if we can help.