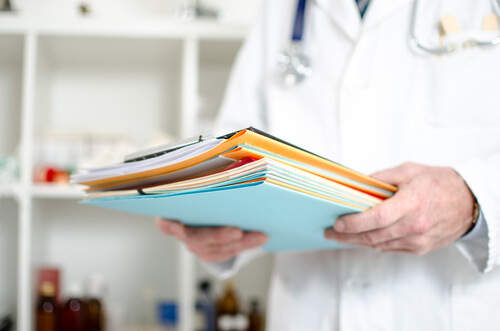 The long-awaited final report of Ms Donna Ockenden, Senior Midwife was published earlier this week, on 30 March 2022.  This report follows on from Ms Ockenden’s previous report published in December 2020.

Ms Ockenden was assisted in preparing the report by an independent team of medical professionals in various areas including obstetrics, neonatology, obstetric anaesthesia, physician, cardiology and neurology.

The review forming the basis of the report is the largest ever inquiry in the history of the NHS into a single service.

Whilst Ms Ockenden clearly acknowledges the difficult and much appreciated work carried out by NHS staff throughout the country, which continues in often challenging circumstances, especially considering the Covid pandemic, she has highlighted some truly shocking failures in the quality of care provided and governance at the Trust.

The report also highlights failures from bodies external to the Trust to effectively monitor the care provided by the Trust.

The Independent review was commissioned by the then Secretary for State for Health and Social Care, the Right Honourable Jeremy Hunt MP in 2017.   The review was prompted by the parents of Kate Stanton Davies and Pippa Griffiths whose daughters had died at the midwifery-led units run by The Shrewsbury and Telford Hospital NHS Trust, as a result of the care they received in 2009 and 2016 respectively.

As noted by Ms Ockenden:

“This review owes its origins to Kate Stanton Davies, and her parents Rhiannon Davies and Richard Stanton; and to Pippa Griffiths, and her parents Kayleigh and Colin Griffiths. Kate’s and Pippa’s parents have shown an unrelenting commitment to ensuring their daughters’ short lives make a difference to the safety of maternity care.”

The review was originally concerned with 23 families’ cases, as identified by the parents of Kate Stanton Davies and Pippa Griffiths to Mr Hunt.  The number of cases and the scope of the review increased substantially and Ms Ockenden’s review took evidence from 1,486 families, regarding 1,592 clinical incidents mostly occurring between 2000 and 2019.  Although the earliest incident occurred in 1973 and the latest in 2020.

As noted above, the report found repeated failures in the quality of care and governance over the period considered, together with failures of external bodies to effectively monitor the care provided.

The review found repeated errors in care, which led to injury to either mothers or, their babies.  All aspects of clinical care were considered in maternity services.

The review identified continued failures to follow national clinical guidelines in many areas for example, the monitoring of fetal heart rate, maternal blood pressure, management of gestational diabetes or resuscitation.

The report presents specific incidences including those of Kate Stanton Davies and Pippa Griffiths and the strikingly similar circumstances of prior cases.

There were delays within the Trust to escalate matters to more senior specialists and a failure to work collaboratively across disciplines.  The results of these systemic failures were truly tragic and led to serious medical conditions such as sepsis, hypoxic ischaemic encephalopathy and death.

The report highlighted a fear of midwives to express their concerns to consultants within the Trust, resulting from poor working relationships.  This culture of fear was combined with staffing problems and a lack of training.  These difficulties were played out in front of families, which put additional stress on parents at times when they were at their most vulnerable.

The review detailed repeated circumstances where families were not treated with the sympathy or, compassion they should have expected.  With clinicians unprepared for follow up discussions, not dealing appropriately with complaints, giving inaccurate information and even blaming the parents themselves for the outcomes.

Within the Trust there was an emphasis on promotion of natural birth, with a reluctance to perform caesarean sections.  This directly resulted in babies dying during or, shortly after birth or, alternatively being left with catastrophic, life-long heath conditions.

The review’s consideration of clinical governance processes shows that investigatory processes were not followed to a standard that would have been expected. As noted by Ms Ockenden:

“The reviews were often cursory, not multidisciplinary and did not identify the underlying systemic failings and some significant cases of concern were not investigated at all. In fact, the maternity governance team inappropriately downgraded serious incidents to a local investigation methodology in order to avoid external scrutiny, so that the true scale of serious incidents at the Trust went unknown until this review was undertaken.”

This meant that there were missed opportunities to learn from the incidents occurring within the Trust with continued and repeated serious mistakes and omissions, leading to further avoidable injuries and deaths to Mothers and babies.

The report graded the care provided in four categories as follows:

1, Minor concerns, Care could have been improved, but different management would have made no difference to the outcome

2, Significant concerns, Suboptimal care in which different management might have made a difference to the outcome

3, Major concerns, Suboptimal care in which different management would reasonably be expected to have made a difference to the outcome

The review found that for the care provided in categories 2 and 3, and consequently avoidable outcomes, there were Nine maternal deaths, 131 still births, 70 neonatal deaths and 94 cases of brain damage.

The report acknowledged the recent announcement of £127 million by NHS England for maternity services but noted that this was significantly short of the £200-£300 million recommended in June 2021 by the Health and Social Care Select Committee.

The individual mistakes identified within the investigation are, sadly, nothing out of the ordinary and are regularly encountered in our work.  What is striking, however, is the shear scale of the problem and the number of families affected, suggesting a significant cultural problem within the trust.

If you have been affected by failings in maternity care, then please feel free to contact us for free and informal initial guidance on the options available to you.