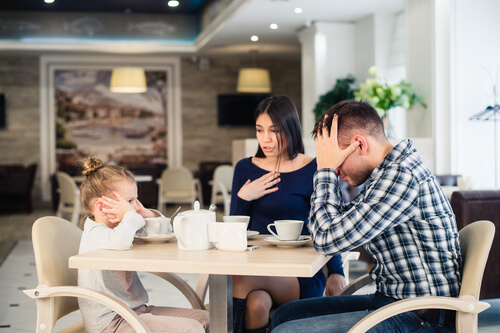 Is there a need for divorce reform?

There is a need to reform divorce laws to enable parties to divorce on a no-fault basis. In the case of Owens vs Owens, the court ruled that the 68-year-old wife who had been in a loveless marriage for many, many years, must remain married to her husband despite wanting to divorce him based on his alleged unreasonable behaviour.

At present the law requires the petitioner to show there has been an irretrievable breakdown and to define why the breakdown occurred on the basis of 1 of the 5 available factors:

In the case of Owens vs Owens, Mrs Owens had filed for Petition on the grounds of unreasonable behaviour, meaning that she had to blame her husband for the breakdown of the marriage and blame him for why the marriage had broken down irretrievably.  The problem for her was that he had defended it and he had argued that he was not to blame for the breakdown of the marriage and the courts have agreed with him but also did not feel that the grounds she relied upon in her petition were not sufficiently serious to warrant a breakdown in the marriage. Whilst normally the court considers a petition on the basis of unreasonable behaviour to be a subjective test i.e. what each individual found to be unreasonable.

Whilst the courts agreed that there was a loveless marriage and that the marriage had broken down, they did not agree with the grounds for why the marriage had broken down.  It is, however, not the court’s decision to change the law on this and to prevent other people from not being able to divorce just like the Petitioner wife in the above case.  Parliament now needs to consider whether to replace a law which denies people like Mrs Owens any present entitlement to a divorce in these circumstances.  What is really troubling is that in most circumstances there are children who are suffering as a result of their parents divorcing and yet one parent currently has to blame the other if they have not been separated for more than two years and this creates far more animosity that is unnecessary.

Resolution, which is an organisation aiming to resolve family disputes in a non-confrontational manner believe that there needs to be reform and the former Resolution chair, Nigel Shepherd, has stated as a result of this case that “a large number of those will have been parents, so one can only wonder what the long-term damage is to separating families across the country, needlessly caused by an outdated divorce process that is no longer fit for purpose”.

It does seem ludicrous that when three courts of law have all accepted that the marriage is loveless and at an end, that a woman has to be forced to remain married.  It does seem here that the law needs to change and move in line with many other countries.  Australia, America and Spain allow divorce without blame and this will end the culture of blame and animosity that was witnessed in the Owens case.

A call for change is, therefore, necessary and Parliament has previously been reluctant to change it at all, but it seems that now that Parliament is looking at it far more closely and looking at other countries for guidance.

The court system is inundated with cases as it is and no doubt this will only get worse given the recent case.  Obviously, if you need us to assist with your divorce at any time, please do not hesitate to call our Family Department and we will be happy to help.

If you need any help with divorce or have any question, please contact our divorce solicitor, Samantha Chater.